When "climate science" ceased being a science 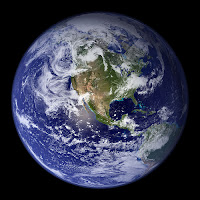 One thing I don't like about running as a candidate during an election is how it cuts me off from the daily "real" world news. As I try to focus on issues that affect my local riding, and the country in general, everything else goes out of focus. Opportunities to comment on issues like nuclear power, the environment, the banking industry and everything else that interests me, are lost. Fortunately I seem to suffer from some degree of ADHD and this allows me moments to quickly switch my attention to something else.
An article in the Financial Post yesterday literally begged me to share. The article by David Evans, an Australian scientist with impressive climate science credentials, agrees that carbon dioxide is a greenhouse gas, but its effects on global temperature are miniscule. Dr. Evans points to other bits of evidence that many climate scientists choose to ignore for reasons he makes clear in this excerpt:


"At this point, official "climate science" stopped being a science. In science, empirical evidence always trumps theory, no matter how much you are in love with the theory. If theory and evidence disagree, real scientists scrap the theory. But official climate science ignored the crucial weather balloon evidence, and other subsequent evidence that backs it up, and instead clung to their carbon dioxide theory that just happens to keep them in well-paying jobs with lavish research grants, and gives great political power to their government masters."

It is a very good article, and it puts the issue in perspective again, pointing to one of the motivating factors behind the political support of global warming, the idea of world government. Here is where many climate alarmists or warmists (like the Gore's and the Suzuki's) fail to see danger. Their background and "education" has driven them to the idea that coercive collective action is required to stop impending doom. That idea has spawned in Canada a political party, the Greens, whose original purpose was to defend the environment and the planet. The Greens have morphed into yet another statist organization that assumes the other political parties have the goal of befouling our home. Now I'm getting political again, because as Dr. Evans shows clearly, global warming has nothing much to do with science, its all politics.