One of the fascinating features of the new social networking fad, is that you interact with people from all over that you would likely never run into in your real life. That new level of interaction will I have no doubt lead one day to some interesting and unexpected outcomes. As  the use of the internet evolves it is bound to become even more exciting than it already is.
Just within the last few hours (it's stunning to me) I was introduced to Edward Current via Facebook (by a friend...thanks). I'm not sure if that is his real name, but he is very clever and irreverent in a cheeky sort of way. If you look through his YouTube Channel, he claims no religious affiliation and he claims the following is a comedy, very tongue-in-cheek and done well.

Posted by Allen Small at 7:57 PM No comments: Links to this post

Of witches and wireless

In1692 in the village of Salem Massachusetts, two young girls, the daughter and niece of Reverend Samuel Parris, began to have violent fits where they screamed strange sounds, threw things, contorted themselves into strange positions and acted as though they had been possessed. The girls complained of being poked by pins and pinched, yet the local doctor could find nothing physical that caused these symptoms. Soon other young women in the village began exhibiting similar behaviour. The cause of these "possessions" was at that time considered to be witchcraft, a capital felony crime in the colonies. The three people charged and the trial that resulted has been popularized in the cinema and on the stage. That story was only a small part of the wider hysteria in colonial Massachusetts that eventually resulted in the arrest and imprisonment of over 150 individuals and the eventual execution of 19 people.
We think things like that don't happen anymore, the results of that particular mass hysteria had catastrophic effects on human life for individuals and families who listened, often uncritically to the testimony of local experts. Mass hysteria still happens today. How many times have you heard stories of buildings being evacuated after the discovery of a mysterious white powder? The white powder eventually is identified as chalk or something equally innocuous, but the irrational fear stems back to those days after 9/11 when all white powder was assumed to be anthrax spores.
So when I read about parents in the Barrie Ontario area that want the Simcoe County School Board to remove Wi-Fi routers from their schools because of their affect on children, I though witchcraft. Parents are complaining that their children are suffering from headaches, dizziness, nausea, racing heart rates, memory loss, trouble concentrating, skin rash, hyperactivity, night sweats and insomnia. Skin rash! All of these symptoms began apparently after the 14 local schools had wireless installed.
The experts are lining up; Ontario's Chief Officer of Health, Health Canada, the Simcoe Board and an assortment of government agencies all claim there is no danger and no evidence to support the parents' claims. The parents have Prof. Magda Havas from Trent University and the NDP Health critic France Gelinas who think the matter deserves further study. Everyone has an ulterior motive here, except maybe the parents. Prof. Havas does work on the potential dangers of non-ionizing electromagnetic energy - big motive.
This type of story - cell phones cause brain tumours, high tension wires cause leukaemia and on and on have been fashionable for as long as those technologies have been around. I hate to quote the WHO, but they say no evidence for any of this.
Interestingly our nearest star, the Sun, produces a wide range of both ionizing and non-ionizing radiations - huge amounts - but of course it's natural radiation. It's the "man-made" stuff we need to be concerned about, you know like organic and chemical - chemical bad, organic good. Simple solution: I'm wearing an aluminum foil hat right now to protect me, maybe it will help those poor kids too.
Posted by Allen Small at 5:35 PM 1 comment: Links to this post

This is from Reason TV. Thanks to a fellow blogger I'm showing it to you.

Posted by Allen Small at 7:13 PM No comments: Links to this post

Need a laugh? If you are an American this isn't really that funny - its just unbelievable. If you are Canadian you should not feel smug, it's not that much different here. This video link was brought to my attention by Cato-at-Liberty, enjoy:

Posted by Allen Small at 1:21 PM No comments: Links to this post

Complexity, the State and You 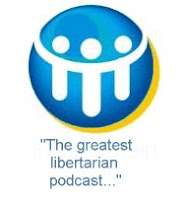 It was totally by accident that I discovered Freedomain Radio some years ago while "surfing-the-net". This is a libertarian site, run by a true libertarian, but not in the political sense. Stefan Molyneux is a philosopher, or more correctly a libertarian philosopher (with a degree in philosophy), a sort of male Ayn Rand who uses modern tools to publish his message. He blogs, produces podcasts, he posts to YouTube and he writes books. He has some extraordinary insights that he shares with people through all these methods of publication. Need something to think about? Just spend a few minutes watching/listening/reading his always thought provoking material.
If you are in the Toronto area he will be attending one of our libertarian "pub-night" meetings in September. If you have Facebook - check this out, if not go to the Ontario Libertarian Party site and click on the pub-night prompt. Stefan is a local, from the Greater Toronto area and I think he is getting better and better at delivering his message. Here is one of his latest YouTube postings that gets to the core of libertarianism.

Posted by Allen Small at 4:53 PM 2 comments: Links to this post

The best a government education system can provide

As a former public high school teacher I often feel pangs of guilt because I was part of a system in Ontario that did not have the best interests of its students as its ultimate purpose (although I did try to ignore the system). What was its ultimate purpose? Not an easy answer, but the system was primarily geared to other things like, staffing, timetabling, government "edu-babble" and maybe then to students. Of course this view was not shared by most teachers but I'm certain it was shared by many students.
Thanks to the wonders of social networking, email etc., I present to you a courageous valedictorian, Erica Goldson, of an American public high school who feels much the same as I do. If you want read along the full text of the speech is here. Erica is an anomaly, and her speech is obviously not typical but as you will hear, deeply felt.

Posted by Allen Small at 11:13 AM No comments: Links to this post

A census I can support 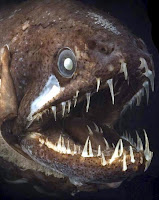 That lovely photo (dragonfish) is just one of many taken over the last 10 years in a worldwide Census of Marine Life that will be formally presented in early October 2010.
This type of cataloguing and describing of species represents one of the lowest and oldest "levels" of scientific enterprise (although this study required the most up-to-date technology).  Cataloguing and describing species pre-dates the 18th Century's Carl Linnaeus (the father of Taxonomy) who invented the binomial naming system still in use today. It is worthwhile work and not surprisingly it reveals that there is an awful lot we have yet to discover about planet Earth.
The number of "new" creatures revealed in this study should be humbling to the scientists and for me indicates just how little is known about how things work on Earth.

The reason I bring this up aside from my love of science and nature, is the spin being applied to this story. Sure human actions are endangering ocean life, we are all aware of what "over-fishing" has done to the East Coast Canadian Maritime fisheries, but to me that is an issue of ownership. When no one owns an area, whether on the ocean or the land, when that area is designated as "public property" or "government-owned" who is responsible for the area? Of course the simple answer is that government bureaucracy "manages" the area. Well, in Canada the Department of Fisheries and Oceans "managed" the East Coast Cod Fishery, how did that work out? The Minerals Management Service in the USA was responsible for "regulating" safe oil drilling in the Gulf of Mexico, how did that work out? If these areas were privately owned, the owners would probably be more careful preserving them. I'll bet they would harvest whatever resource wealth was in their territory in as sustainable a fashion as possible to protect their own interests. Governments, bureaucrats, typically have other motives like pandering to special interest lobby groups for political favours.
The worst thing that could happen to some of these marvellously diverse and productive ecosystems discovered in the Census of Marine Life is that they are "managed" by various government agencies around the world.
Posted by Allen Small at 1:39 PM No comments: Links to this post 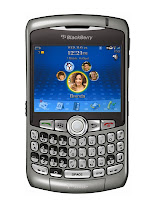 The boys at RIM in Waterloo must be a little concerned about this. It seems the very reason business people, and politicians use the Blackberry service, that is, security, is troubling to the bureaucrats in the United Arab Emirates. They, along with India and the Saudi Arabia can't monitor traffic in the Blackberry Network. Of course that is kind of the point, but I won't quibble.
The UAE will ban Blackberry service as of Oct. 11, 2010. If that happens there is already talk about a black market in SIM cards to circumvent the Telecom Regulatory Authority (TRA) in the UAE (too many initialisms!). That's the power of the free (even if it is black) market!
Posted by Allen Small at 3:37 PM No comments: Links to this post

Let the CRA support You

"We are from the government, and we are here to help you."
According to this below the Black Market is bad, and you should not support it. Rather, you should be happy that the government will support you. How can you argue with that kind of logic?