You can please some of the people....Libertarian Platform Issues 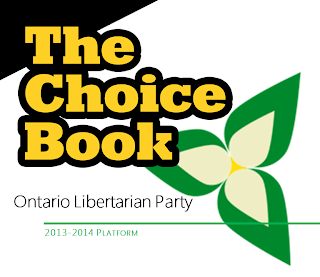 You may have heard it said that libertarians agree on 95% of all issues, but fight tooth-and-nail over the remaining 5% (or is it 99% and 1%?). Its true, and I'm not the first to say that. However, the bickering and arguments over that 5% is often tedious, nit-picky, divisive and for me tiresome. Spend a few minutes in a libertarian Facebook discussion and you'll see libertarians are rarely of one mind.

If a libertarian nirvana is an endpoint, I ask why bother talking about endpoints when the reality staring us in the face is far from ideal? Furthermore, the road to that nirvana seems to be getting longer. It's a bit like arguing about where to put the furniture before the house is built. First, lets build the damn house.

As for those people who are not libertarians, and know little or nothing about us, and who may have the mistaken belief that libertarians are of one mind, and right wing to boot, well, that's wrong. If you don't believe that, just look at libertarian views on marriage, "Illegal" drugs, immigration, war, military action and so on. Not exactly traditional "right-wing."

The issue for me and the Ontario Provincial party, is trying to strike a balance on a platform for the coming election that is acceptable to our members, our candidates, our supporters, and let's not forget the voters. The whole point of being a political party is to present an attractive case to voters and to get someone elected. So a platform that appeals to the libertarian spectrum ranging from anarcho-capitalists to classical liberals and also the general public, is a challenge.

What we did is opt for an incremental approach. That's because it's taken generations for governments to reach their current bloated size, generations for taxation to reach the 50% levels that oppress us now, and generations as we watched our independence, choices and responsibilities slowly erode. It will take time to unwind the mess. That fact needs to be acknowledged. I suspect the unwinding will be hastened by the economic crisis that lingers, I'm not sure if that is good news.

So, as more and more people become aware that government cannot solve the problems it has created (in Cyprus most recently), Ontario Libertarians have posted short and long term goals that we hope will appeal to those voters who understand that limited government is a worthy goal, and we hope that libertarian ideologues will also accept our policies and work toward that goal.

Here is the link to the short version of our new Platform, and I'll have more to say on each of the planks soon.
Posted by Allen Small at 12:21 PM No comments:

There are not enough hours in the day. I apologize, I have neglected this page. Those who know me through other media, know that I've been busy on Facebook etc., and that is like falling into a deep dark pit.

Over the past few months I've had my political hat on, getting ready for what might be a sudden election call in Ontario. But who knows?

As Leader of a registered political party that has no status in our Legislature (pictured) and little or no public profile, it is difficult to break into the daily political news cycle. Media releases help, and I've had some success (here after the 5:30m mark). Journalists are always looking for stories and they need to be fed. It takes time to craft media releases, then share them with others for suggestions and to integrate the comments. In the last month I've done six media releases on our new platform. All of them coincide with the first month of the "new" Ontario government. Well, actually it's not that new, it really fits well with the overused phrase "putting lipstick on a pig." The pig in this case is the almost ten year old Liberal government with a new leader. The new leader was an integral part of the former government, so the lingering stench around her is tough to shake.

The media releases started out with advise for the new Premier (here). My party has been developing a new platform since June 2012, and we would be delighted if other parties steal some of the ideas. We've taken ideas from members over the summer, fall and winter, but ultimately it came down to a couple of us hammering something together that is both acceptable to our fellow Libertarians and saleable to our target audience. That is no small feat, no pun intended.

The new and Current Libertarian Platform (here) is divided into five planks:

Each one of those is sketched out in the original document. The five media releases that followed, were based on the original document and added flesh to the planks. Over the next little while I'll have more to say about that, and I'll try to catch up on some of the things that happened over the past few weeks.

If you are on Facebook have a look at how we are using it to advertise to a targeted audience, it seems to be working. Click this link: Facebook, and join the conversation.
Posted by Allen Small at 5:24 PM 1 comment: