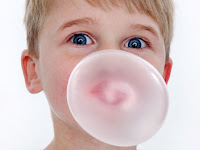 My apologies to William Shakespeare, but is the Canadian housing market in a bubble? There is some concern that the events in the United States that led to the Great Recession, namely their artificially low interest rates over the past decade could be happening here. The Federal government is concerned as well, earlier this year the "rules" for getting a government backed mortgage were tightened. Thats right the government has rules for getting a mortgage, why that should be a function of government is beyond me. You would think that our vaunted bankers would be clever enough to make their own rules about mortgagees and mortgagors.
An excellent column in the Financial Post by Lawrence Solomon this week, outlines how the government may be stoking the fires of a mortgage crisis not unlike the mess created by Fannie Mae and Freddy Mac that led to the 2008 housing collapse in the States. The effects of that collapse are still being felt in America and around the world. Solomon points to CMHC as one of the chief culprits, but more than that he outlines some of the myriad other housing enticements that encourage demand and inflate the housing market. He thinks it's not too late to "fix" the problem.
My friends at Ludwig von Mises Institute of Canada had a more in depth examination of the Canadian housing market last week in this posting: The Canadian Moral Hazard Corporation (CMHC) and the author suggests it is already too late.
Posted by Allen Small at 6:10 PM