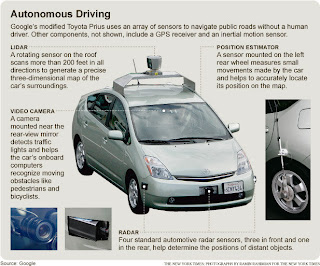 There is an apocryphal story about futurologists in 1860 New York City, predicting that NYC would not exist in 100 years because the present (1860) growth rate indicated that 6 million people would need 6 million horses, and that NYC could not handle the amount of manure produced.

Indeed the amount of manure produced in NYC was prodigious. In SuperFreakonomics, this section is worth reading because it graphically illustrates the problem. In 1900 there were 200,000 horses, and each horse could produce 24 pounds of manure or 5 million pounds a day, so manure lined city streets like banks of snow, and up to 60 foot piles of it was stored in empty lots. Summer heat must have been fun. And you thought cars were polluting.

I mention all this because the future is tough to predict and sometimes the errors made are spectacularly laughable in hindsight. There is even a webpage that collects and displays erroneous predictions. Here, have a look.

When governments make these errors which are paid for from coerced taxes and which create huge "malinvestments," it's just that much worse. Lately the Ontario government has made some doozies, from subsidized wind turbines to poorly placed gas generators. Money is wasted.

The newest government craze in the Greater Toronto Area (GTA) is mass transit. An arm of the city government wants to expend $50 Billion to create a mass transit system to relieve traffic congestion in the GTA over the next 25 years. Given the rate of change of technological development, the problem may be alleviated best with much cheaper solutions. This article by Lawrence Solomon points to solutions that were used in Singapore for similar issues. Building more highways and luring people out of their cars to take transit are both partial solutions at best, and the article continues.."As Singapore and others have shown, software can turn our now-clogged roads into smart roads, creating effective new road capacity that eliminates the need for either major new highways or mass transit." Here is a link to Intelligent Transport Systems used in Singapore.

The collision of smart transport systems in congested cities with self driving cars is likely to happen BEFORE the last mass transit line is in place in Toronto in 2038.

Technology and innovation are disruptive when allowed to happen to solve problems. The City government of New York did not need to find storage for more manure, the free market solved the manure problem and saved New York.
Posted by Allen Small at 8:51 PM