A libertarian's New Years Resolution for 2012 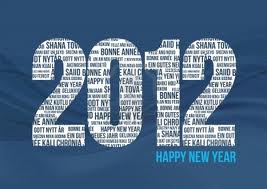 As a high school teacher a few years ago, I took very seriously my obligation to teach. If a student didn't understand a concept, I tried to explain it in a different way, that was my job. I never assumed that my students were unable to understand the subject. I always assumed that their mental block, was my challenge to remove.

I mention this because my venture into politics of late is a bit like teaching, but without the captive audience. However, my efforts at persuading people to my political views have not quite reached the level of my ability to successfully teach biology. On the contrary, I may have done the opposite, turned people off my politics. Like my previous teaching example the fault or obligation is mine. How do I know how well I've done? Judging from the reactions of my own friends and family, I doubt I've persuaded any of them, though I'm still trying. Of course I don't know for certain about any other people I've encountered, I can't ask them, but I can look at three sets of previous election results, and they are not encouraging.

As a teacher I adapted (different ways of teaching) to my accommodate students, but my political persuasion techniques leave much to be desired. I have used just one technique so far, the debate. Debates rarely persuade, rather, the opponents "butt heads" intellectually, and the goal is to win, not to discover the truth. When I don't win, I just debate harder, I become more aggressive and argumentative. Who does that persuade? Not many.

Voters, the people I'm trying to persuade these days are very conservative, and I mean that in the original sense of the word, not the current meaningless political usage. Dramatic change, the kind libertarians advocate, is just not on. Successful persuasion requires getting people to come along with you voluntarily, steering their thinking, sort of like teaching. That means getting in tune with people, not shocking them with libertarian bravado. I'm as guilty as any one of doing that. So, where to get help?


Over the years, libertarians have created a variety of different organizations each with its own niche (many you will find on this page). Some organizations specialize in economics, others in politics, still others in education. With the advent of the internet, access, popularity, and usage of these organizations has multiplied. One them, The Advocates for Self Government is concerned with the best practices for communicating the ideas of liberty. Many of you may be aware of the Nolan Chart which is at the centre of the World's Smallest Political Quiz, that is one of their tools. The Advocates have taken on the niche of persuasion by selling books, tapes and CDs, plus providing training. Over recent weeks I've been listening (mostly while driving) to a CD set titled The Essence of Political Persuasion and I've learned a great deal about using language to sell liberty, I recommend it. In it, there are several techniques, easily learned with practice, that can help anyone vary their own particular attempts at persuasion.

Its very difficult to sell the idea of liberty to people who are constantly told and who already believe that they have freedom. Governments routinely use their powers to usurp more and more of our personal responsibility, that's how they continue to grow. They have grown so large, and we are so inured to their presence now, that some freedoms are even considered to be destructive to our best interests. For example, as John Stossel suggested in a recent article that applies just as much to Canadians as Americans:
"Lots of Americans oppose free trade and free markets. It takes some knowledge to realize that the seeming chaos masks underlying order. The benefits of freedom are not intuitive, and when you go against people's intuition, they get upset.
The benefits of freedom are largely "unseen," as the 19th century French liberal Frederic Bastiat put it. He meant that rising living standards and labor-saving inventions don't appear to flow from freedom. But they do.
It's one of the ironies of life that people need not understand freedom for it to work, and because of this, there is the perennial danger that they will give it up without realizing the disastrous consequences that follow."

So this year I am determined to learn some new tricks of persuasion, and use them so that I can become as good a politician as I think I once was a teacher.