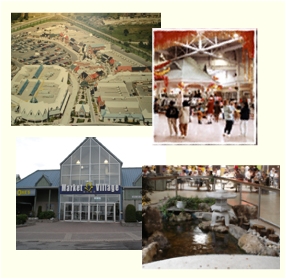 Ontario Election Day minus 25.
My first all-candidates meeting came as much a surprise to me as to my hosts. Just the other day my wife noticed a tiny article in the local paper about this meeting, my name was in the article, so I presumed they were expecting me. They weren't. When I showed up this afternoon at a local Chinese Mall, still no official invite, and no real idea what was going to happen, and no seat at the table, they were surprised. But after a brief discussion/negotiation and their realization that I was not going to get off the stage, they made room. Fortunately I was able to present my two minute speech from a Cable TV taping the day before - perfect for this. Here it is for anyone that needs a quickie intro:
I’m ___your name___, the Libertarian candidate in ___your riding___.

Take a moment and imagine receiving notification that you, and every member of your family, owed $21,000. That is the debt the Government of Ontario will have accumulated on your behalf by the end of this fiscal year. That’s $84,000 for a family of four! That debt has doubled since Dalton McGuinty took office just 8 years ago because spending has doubled. So, is the government twice as effective? Is health care better? Has education improved? Has traffic improved? Where did all this money go?
Everyone understands that monopolies result in increased costs, reduced service, and quality, while competition reduces prices, and improves service. Consider how your electricity bill has gone up – no competition. Consider the sale of liquor, beer, and wine – no competition. How about the long wait times for medical care? Again no competition!
Libertarians would allow a competitive medical care system in Ontario, greater choices in education, and real competition in producing electricity that would reduce your electricity bill. We would remove the government monopoly on the sale of liquor, beer, and wine.
Libertarians realize that government debt is our debt. We would make significant cuts in government spending decreasing the size of government as quickly as possible, including the elimination of many ministries and most of the 630 agencies within our first term. As spending is cut, tax reductions will follow; we can all have more choice about how and where our money is spent. Make a historic choice, choose Libertarian, ___your name___.  Find out more at libertarian dot O-N dot C-A
The meeting topics were: the economy, healthcare and longterm care, helping immigrants settle, education and tuition. There was enough time between each speaking turn for me to come up with a brief speech outline explaining a Libertarian position on each topic. All of the comments were translated into Cantonese in deference to the audience, and I know I scored some points. Culturally the audience, and all the politicians except me,  are attuned to statist solutions for many things. But many of these Chinese are private entrepreneurs and understand where money (wealth) comes from and abhor paying tax and being taxed. It was a good day.
Posted by Allen Small at 6:15 PM