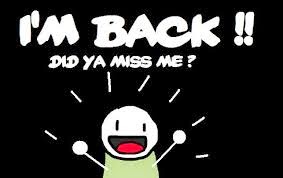 I have not posted to this blog for seven months, not good. But the fact is I have been actively posting to Facebook (on several sites) and twitter (on two accounts).
I'll admit it has been difficult to keep up with things since I became a political leader - almost three years now. These past few months were particularly busy because I was fairly certain we were heading for a general election. That actually happened on June 12, 2014, - my party: Ontario Libertarian, did relatively well, and we achieved most of the goals that we had set.
Over the course of the next little while I will highlight some of the things that have happened over the past seven months and during the election. I have to be careful on certain issues, as party leader I speak for the party - so I will need to distinguish between personal views and "official party positions." I hope to be posting at least once a week to this blog and try to regain the readership that I once had. Stay tuned.
Posted by Allen Small at 5:55 PM